After so many requests, we’ve started doing our bit for those of us still “young at heart”, if not neccesarily in body! We feel this helps the whole community and also allows us to find other ways to help fund our youth work.

Come and join us for adult dance classes on Monday evenings during term time. We hold them in Harwell village school hall (recently refurbished!) and it’s only £5 to drop in or £50 for a 12 week term. Everyone always asks what kind of dance it is – we do all sorts! The tutor starts with a warm-up then we usually do some technique (practising various steps etc), then we work on a routine that we spend 2-3 weeks looking at. The music can be anything! We’ve done Musical Theatre, Contemporary, Bollywood, Swing, Salsa… anything that takes our fancy really!! It’s meant to be for fun, for some brain and body workout and to learn together. We think it’s better than running on the treadmill anyway! Contact us if you want to come along. 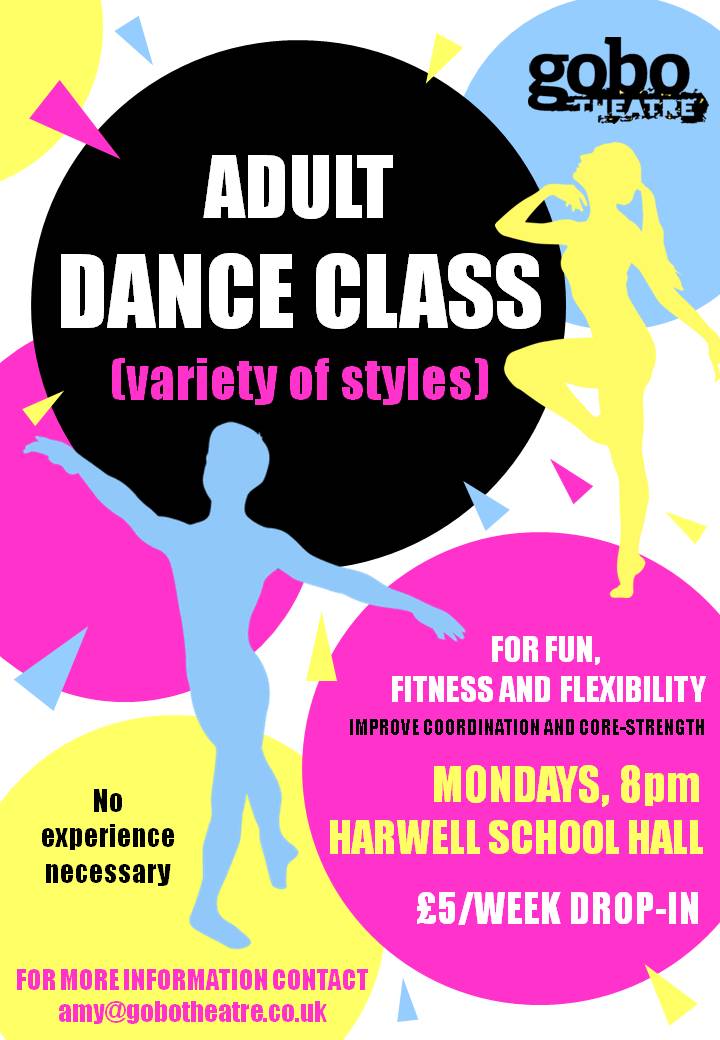 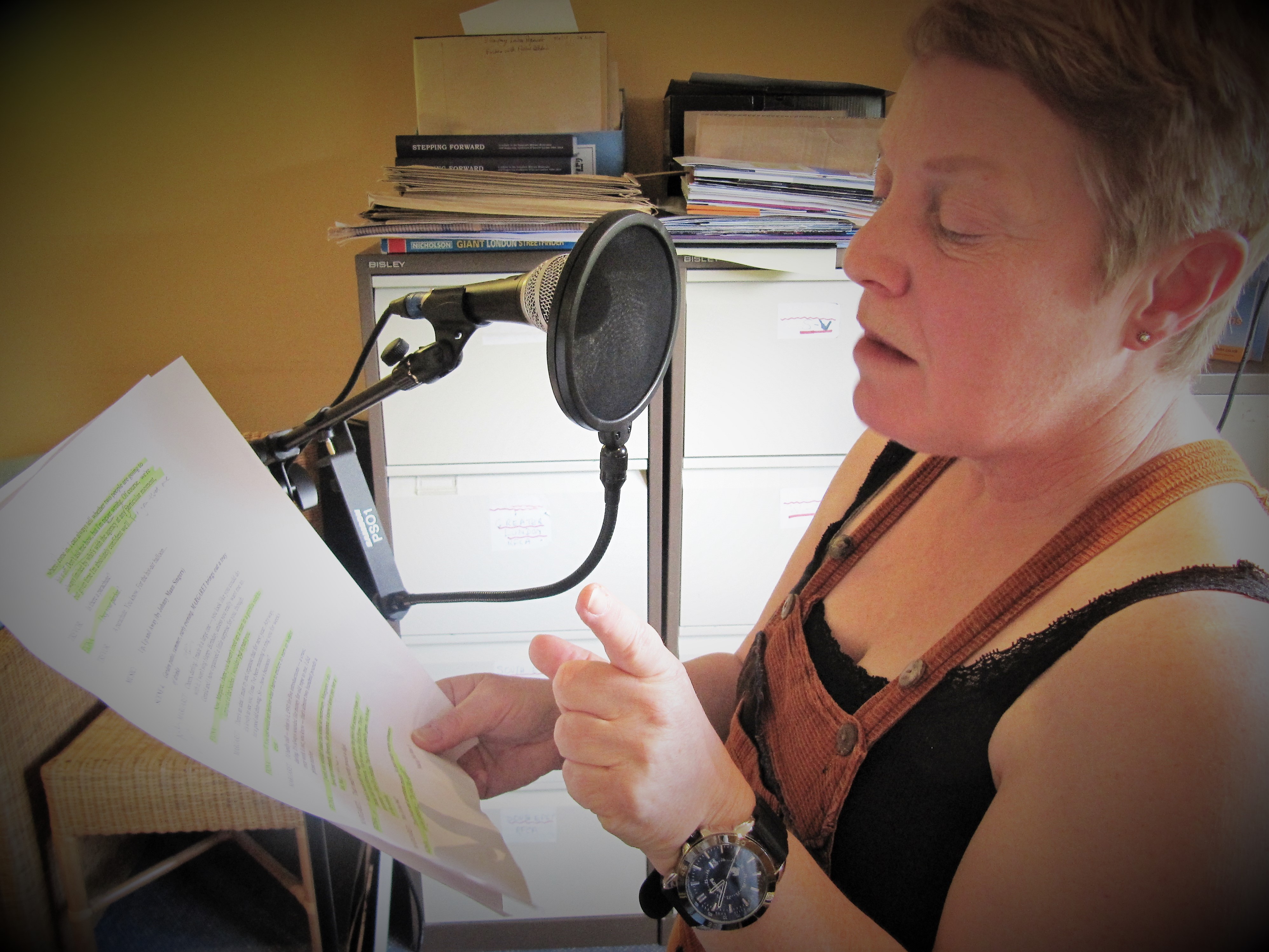 Gobo teamed up with Springline Productions to start producing audio plays. It’s a fascinating area and requires such different skills from the theatrical ones we are so used that we were inspired to give it a go.

After months (and months, and months…) of planning, sorting the right script, working through the technical issues, we managed to pull a cast and crew together and recorded our first “radio” play in April 2016.

This was “Making Ends Meet” by Peter Higginbotham and tells the story of the Fiona Buckingham Introduction Agency who, with more creditors than clients, is struggling to make ends meet.

Listen on iTunes  Listen on TuneIn

Cheap do-it-yourself dating through newspaper Lonely Heart columns has reduced the membership to almost single figures making it even harder to match clients up (set a few decades ago, goodness knows how she’ d be getting on now in a world of “Tinder” etc!). Things start to look up when, within the space of a few days, two new members join. But then it all starts to go horribly wrong… 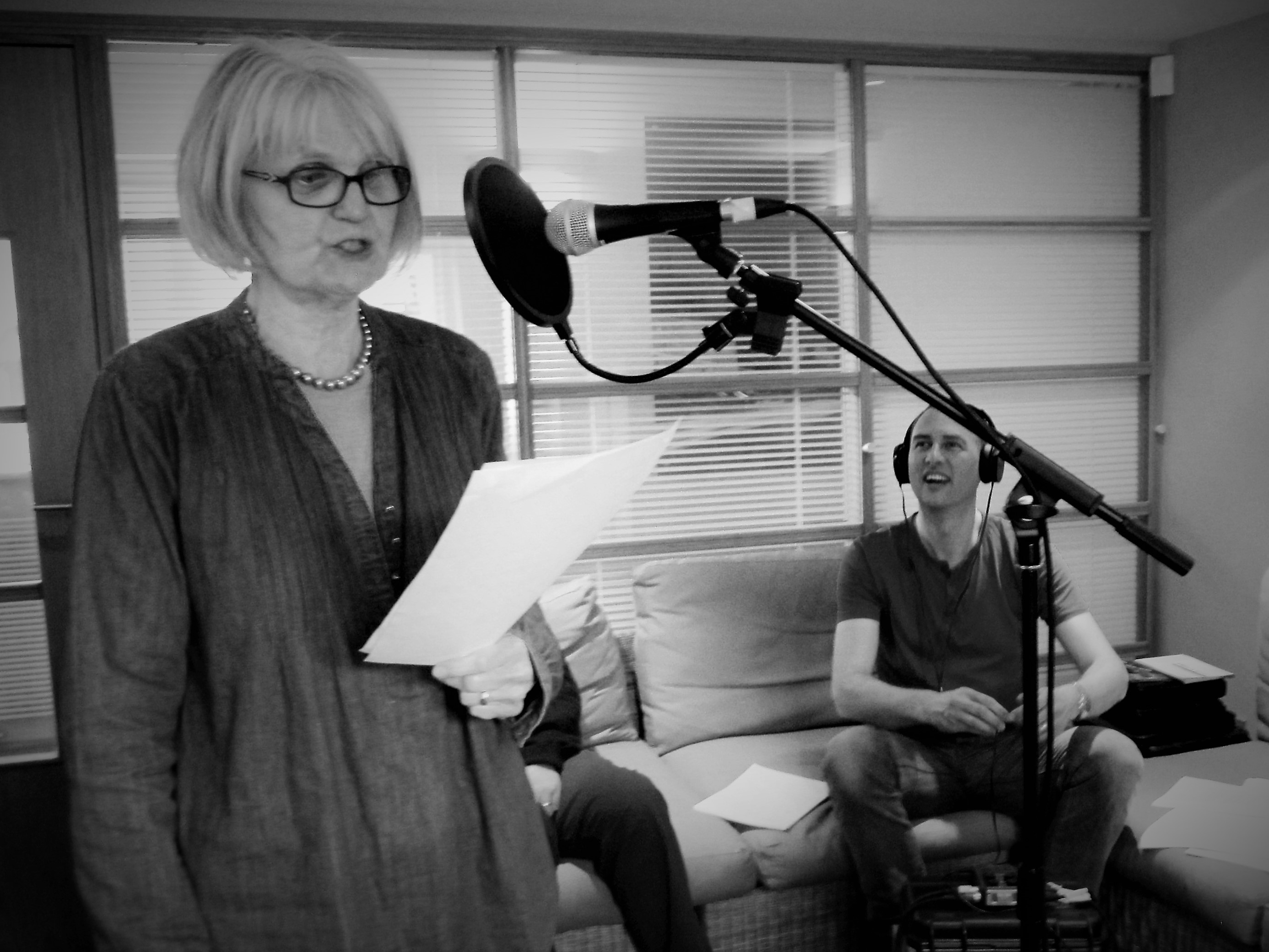 Next we produced ‘The Adventure of the Blue Carbuncle’ – a festive story starring Arthur Conan Doyle’s most famous detective and his assistant; Sherlock Holmes and Dr Watson. Adapted for radio by Chris Scott. 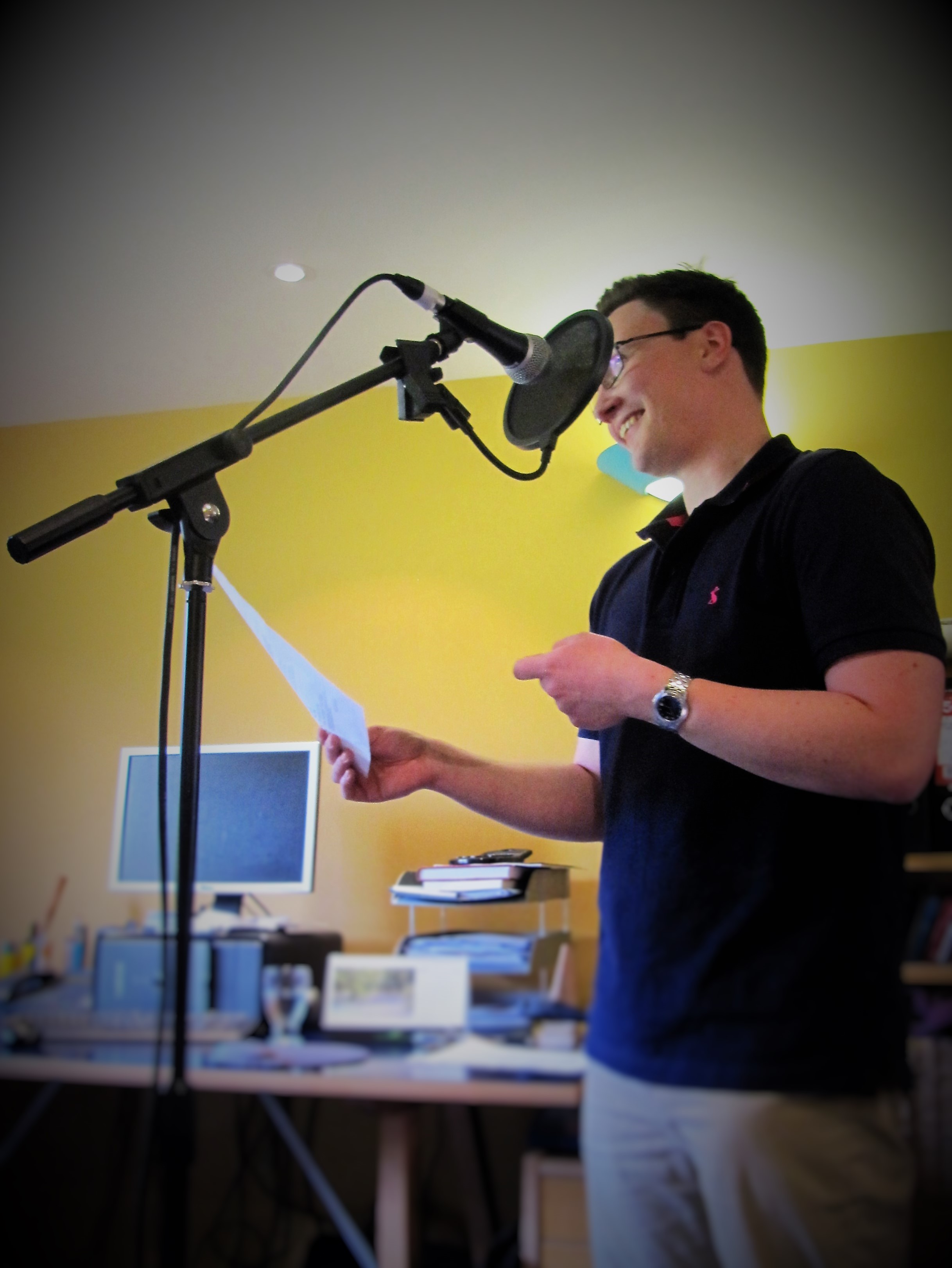 Here, Holmes has apparently passed the holiday season contemplating an old, battered hat, which was brought to him by Commissionaire Peterson. It was accompanied by a goose, which Holmes sent home with the Commissionaire, so that it might fulfil its Christmas destiny. What begins as a small problem of intellectual interest, soon becomes a much more sinister problem when Peterson returns to Baker Street, this time with a precious blue stone in hand, which he claims to have found inside the goose’s crop. Holmes immediately recognises the stone as the famed Blue Carbuncle, which was recently stolen from the Countess of Morcar. Armed with his battered hat, Holmes sets about finding the thief, a task which will lead him throughout wintry London, and end with a decision that both shocks and appals Watson.

Listen on iTunes  Listen on TuneIn

At some point we plan to begin workshops on radio/audio acting. Participants will go through the different techniques that are needed for voice acting, rather than the stage, and will then go on to produce a play. This is designed for both professionals looking to expand their repertoire and for non-professionals wanting to experience something different. And we hope it will be fun for whoever comes! Please do get in touch if you’re interested and we will contact you when the first one is due to take place.